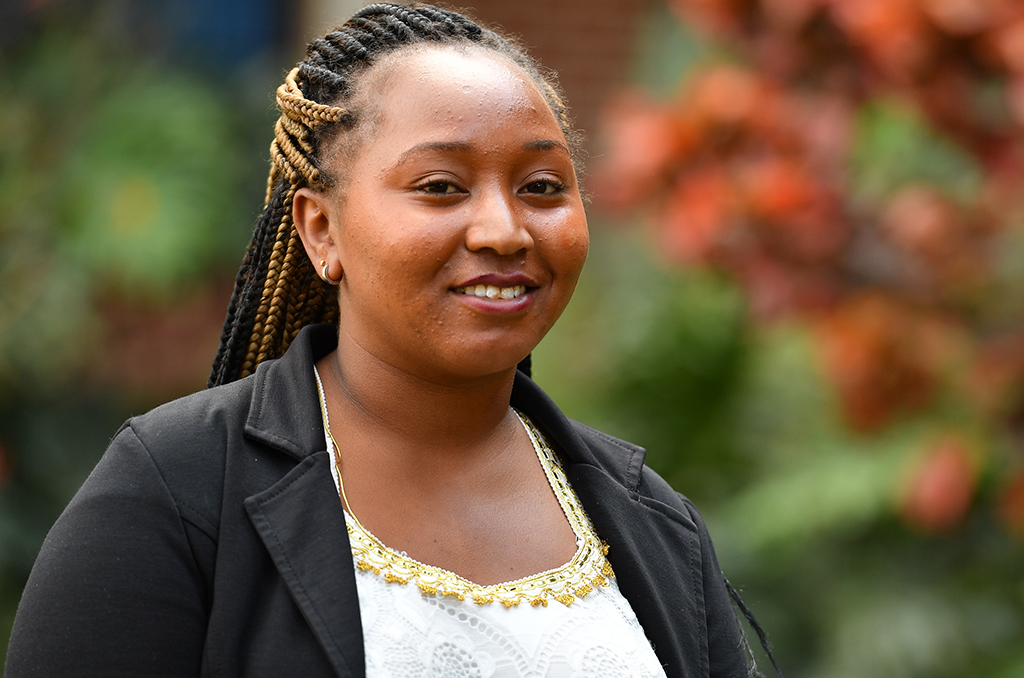 From the Streets to The University

Mary Mweru Nyambura was brought up in Star of Hope Children’s home in Juja. “I don’t know where I was born because I don’t even have my birth certificate, but I have a vague image of my childhood and it is sad. I remember our mother chasing me and my sisters around and her having bouts of epilepsy. Then she died and we found ourselves in the care of my grandmother who was cruel to us, me especially,” she says.

Mary is the third born in a family of four and having been born from a different father that her grandmother did not like, she was singled out for that. “She made me work in quarries, fetch water and do tough household chores.” A few years later, she passed on and that is how they found themselves in the street. “It is one of the toughest seasons in my life because the streets are not safe,” she offers.

One day they heard about a catholic sister who served porridge in a centre in Ruiru Town and that children like her were welcome there. So, they went. She was roughly five years old at the time. After frequenting the centre a few times, the Sister took all of them in. They were then enrolled in a local primary school in Ruiru. “My uptake was fast. I enjoyed doing math and other sciences and most students would ask me for help and I would teach them,” she shares.

When she sat for her Kenya Certificate of Primary Education (KCPE) exams, she did well and received a calling letter to join Starehe Girls’ centre.  It is here that she joined the Global Give Back Circle, a programme dedicated to helping hundreds of girls continue their education, receive mentorship and life skills training, find employment and give back to their communities.

To Mary, the workshops were a window into a different worldview that she could not have gained academically. “I started growing my social skills that were quite undeveloped to this point,” she says. “It was very enlightening to interact with the GGBC information and it not only moulded me as a young girl, but also made me realise the need to also be smart out of a class setting.”

Mary is currently enrolled at the University of Nairobi pursuing Science and Statistics and eyes for a First Class Honours degree.  “I have never forgotten how tough living in the streets was and I wish to positively change the lives of girls and boys there. Even though I do not have a definite plan now, it is something that I ponder on many nights. One day, I will change the lives of girls and boys in the street, for better,” she offers.

She is particularly grateful to the Sisters at Star of Hope Children’s Home, USAID who support the program and KCDF who implement GGBC. “I have grown up and I am able to pursue my dreams like any other person thanks to the generosity of people of goodwill, some who I probably will never meet. They have been like my parents. I do want to be someone’s parent as well, someone who needs help like I did.”