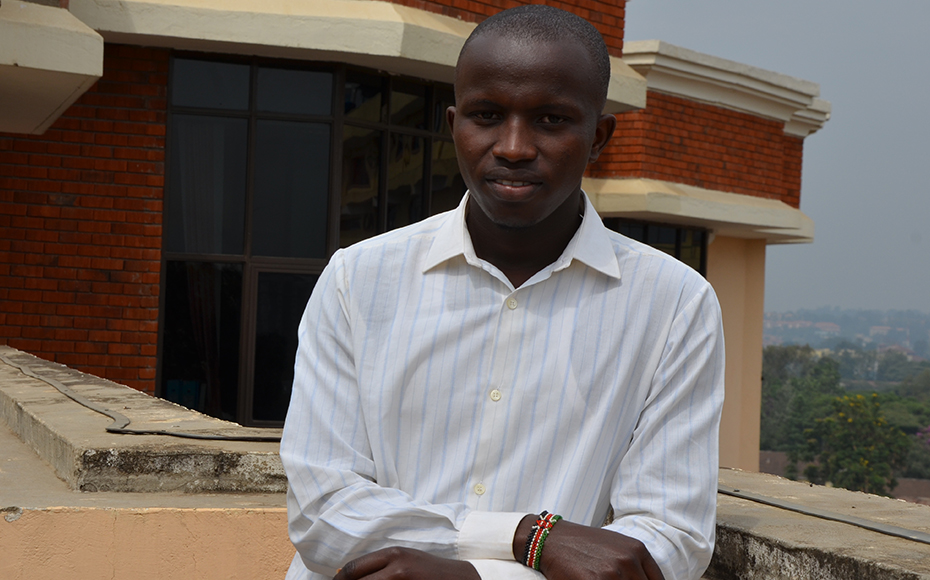 Hillary Gikunda Nyamu turned 19 years old this year. He managed a B+ in last year’s Kenya Certificate of Secondary Education (KCSE) and he is still giddy about the results. But he is most happy about dodging the bullet that is life without an education for many young men.

Back at home in his native Ngarin village in Tharaka Nithi County, boys his age without an education are married, “with two or three children,” he says. It is a horrible way to become an adult, he says. And once a boy has committed to marital life, it’s all downhill from there.

“Typically, because he is struggling to provide for his young family, his wife will leave him. He will marry again. On and on the cycle continues,” he says. Without an education, the boy’s work options are restricted to menial jobs at rich people’s farms which Hillary calls ‘a form of slavery’. Jaded by the rat race, he would seek to drown his sorrows in cheap alcohol and drugs.

“I am not speaking in jest: I have friends, my age mates, to whom this is a reality,” Hillary says. Hillary is one of three children by his mother and father. He says: “My mother is a housewife and my father, a primary school teacher.”

His father’s earnings, he says, only went as far as buying basic necessities at home. “It would have been difficult for my father to pay my fees and also cater for the family’s needs,” he adds. In fact, as he was about to sit for his Kenya Certificate of Primary Education (KCPE), his father explicitly told him to study hard and secure good marks for him to qualify for a scholarship.

“He said that if I performed well, my chances of progressing with my education would be high as he knew of a scholarship aimed at bright needy students.” His father was talking about the Chandaria Foundation Education Scholarship. Hillary got 366 marks out of a possible 500; a good performance by any measure.

“My father then sent me to Rev. Julius Mungania’s office,” Hillary says. Rev. Mungania is the founder and manager of Tunyai Children’s Center for orphaned, abandoned and vulnerable children, located in Tharaka Nithi.

Tunyai is one among many organizations in Kenya that work with Kenya Community Development Foundation (KCDF) on many projects. KCDF partnered with Chandaria Foundation Education Scholarship Programme in 2006 and are its custodians.

“Rev. Mungania did an assessment. He said I qualified and would forward my application for consideration,” Hillary says. Less than two months later, Hillary received the good news from Rev. Mungania that he had made it through. The scholarship was worth Kes. 27,500 per year for four years: from Form one to Form four.

“A cheque would be sent to my school at the beginning of the year,” Hillary says. “The scholarship allowed me to attend school at Chogoria Boys High School.” The scholarship catered for at least half of the Kes. 54,000 that the school required per student per year. His father was able to cater for the deficit through bursaries and his own money.

After performing well in the 2018 Kenya Cer- tificate of Secondary Education (KCSE), Hil- lary was accepted as a regular student at Moi University. “I am reporting on August 26th, 2019. I will be studying Bachelor of Science degree in Technology Education at the Faculty of En- gineering,” he beams.

Hillary will be the first in his family to attend university.