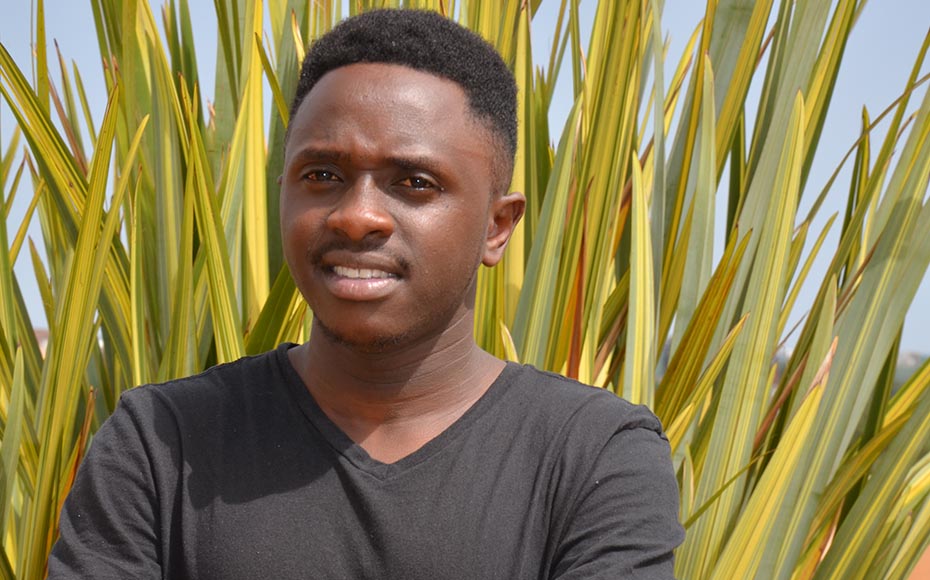 “When I was in class one, my mother died while giving birth to twins.” Godfrey says. “Four years later one of the twins died of leukemia.” He doesn’t remember his mother. But he remembers in class six he came back home to find that his father had taken poison and died. He then moved in with his grandmother in Njoro. The other twin was taken in by his uncle who lived in Kahawa estate. “Life became very difficult,” he says. He dropped out of school and joined a bunch of small-time thieves. They stole vegetables and fruits. They stole scrap metal. They broke into homes and stole whatever they could lay their hands on. “I was hungry. Stealing is not justified but some people still need to eat. I was on a bad path in life; hopeless.”

Then his uncle sent word that he should come to Nairobi, he had gotten a bursary from a PCEA church in Kahawa. He packed all the decent clothes he could get because he saw Nairobi as a place where people would laugh at your old shags clothes. He started school in Kahawa and was downgraded two classes back. “I didn’t speak English. All I spoke was Kikuyu.” A faint smile appears at the corner of his mouth. “Other children laughed at me in class.” He had bad clothes. He had a heavy accent. He was different. However, in Nairobi, life began to take a turn. His English improved. His grades improved. But the future still presented gloom. “I prayed all the time. I still start my day on my knees, praying to God,” he says.

“I prayed that He would make something of my life, something better than going back to Njoro.” His biggest worry was that he would finish primary school and his education would come to an end. “When I completed primary school, I was sure that was the end for me, I would end up going to do what I knew; farming. I was so bitter at this point in my life. It all seemed unfair, to come to Nairobi for education then go back to where I started.” When the KCPE results came out, he had scored 387 points out of 500. That evening his uncle told him he would be sent to the village because he had not made it to enter Starehe Boys. But then God wasn’t done, you know how He is, always waiting to play his trump card when your back is against the wall. He received an acceptance letter to Starehe Boys Center.

“I don’t know how it happened because with my results there was no way I was going to get in, but I did,” he says, “I did not think ever in my life that I would be a student of Starehe. It’s God’s power that took me there, it’s God’s mercy and grace. I was immoral in Njoro, stealing from people’s farms, but it didn’t stop God from helping me to change.” That night he got on his knees and cried while praying. At Starehe Boys Center he found a family. “For the longest time I was this young poor boy without any hope and for a long time I felt like I had been forsaken but then when I joined Starehe Boys, I met many other students who were just like me and I thought, I am not alone! My fees was catered for by KCDF, through the generous support of Chandaria scholarship fund. At Starehe I felt accepted with my kind of background.”

He loved Starehe Boys. He put his back into his studies so as to show God that it wasn’t all in vain. “I remember I used to do the chores expected of us better than the rest because I had worked on the farm in the villages, so school work was nothing. The chores were familiar, and I did them so well they wanted to make me a prefect, which I refused because I knew it would distract me from my main focus which was school work.” At Starehe, he learnt to be responsible, to treat people right, to work hard, to have faith, but most importantly to dream beyond the horizon that his dreams had initially reached. “Starehe was like being in this place which represented constant hope because remember that most of us had nothing; we didn’t have money, some of us didn’t have families. Majority of us were sponsored students. All we had were sponsorships and these teachers who made us believe that we were going to make it in life and all we had to do is study hard.” He completed secondary school and the world welcomed him. He scored a B+ and now he is at University of Nairobi studying Industrial Chemistry.

What does he look forward to now? He shares, “I always pray that God keeps my grandmother alive for a little longer so that she sees my success. I want her to see that because of the support I received, I did something to redeem my father’s reputation.”