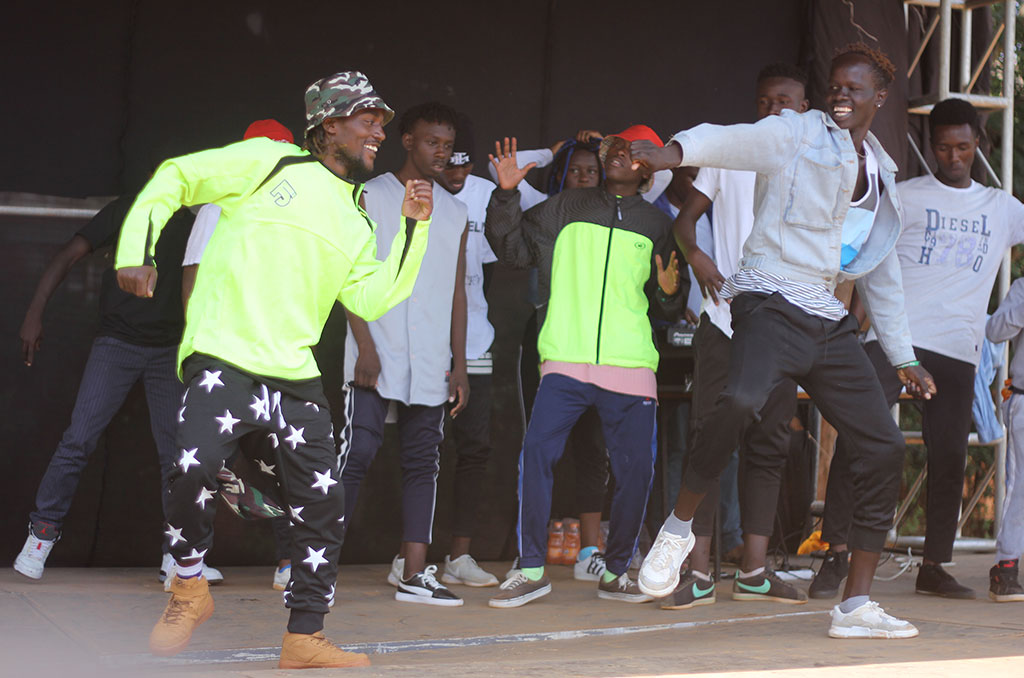 Reuben Wachira, the fundraising officer at St. Joseph the Worker Parish was constantly being disappointed by donors and partners dropping out and not supporting the good initiatives that they implement through the church. The catholic parish over the years has come up with great initiatives that have impacted the community in a big way, but no one knew anything about them until they organized the music extravaganza fundraising activity.

Located in Kangemi, St. Joseph the Worker Parish was established in 1985 by the Jesuit Fathers of the Eastern Africa Province. It is situated within the Kangemi slum, an urban settlement on the outskirts of Nairobi city.

Over the years, the church has set up various entities that support their thematic programmes on education, youth, women and children. The parish has set up a school, St. Joseph Secondary School, which provides students from the community access to secondary education while Upendo Orphans and Vulnerable Children (OVC) education programme offers educational support in the form of scholarships to orphans and vulnerable children from poor families.

The parish also has set up the the Uzima Women Integrated Programme which delivers support and care to persons affected and living with HIV/AIDS and those experiencing social marginalization. For the young men who are out of school, they have the St. Joseph Carpentry Workshop that has in the past served as a men’s group that assists in giving skills necessary for a livelihood.

“We learnt the hard way that donors are fatigued and support from the local government was equally difficult. We decided to put into practice what we learnt from Change the Game Academy classroom course on Local Fundraising. Initially, we had thought of having a fundraising dinner but realized that it would only target a specific audience and also providing food for the event would be costly. The music extravaganza became a brilliant idea as it would include the youth in the community.” adds Reuben.

The fundraising task was not as easy as they thought. Balancing between the planning and fulfilling their actual work obligations was a daunting task for the committee who were members of the different ongoing initiatives. The fundraising exercise began months in advance and most of the money was collected before the actual event. The contribution came in form of hard cash and pledges.

“We developed marketing materials and mobilized through advertisements in the church and social media avenues such as WhatsApp groups. This got us a lot of youth who were willing to support the cause. They were our biggest resource.” adds Reuben. “In addition, we used raffle tickets which the students helped to sell and brought on board a lot of funds.”

The achievements from the fundraising activity were impressive. They were able to raise approximately Kes. 4Million ($40,000) that was ploughed into the different initiatives. With the monies, they equipped and enhanced the workshop with the required machinery and tools used for carpentry and tailoring classes. In addition, they managed to sustain a training programme that integrates different skills that are valuable in the job market for approximately 150 youth and improve their livelihood.

“Through the Local Fundraising skills training, we were able to learn how to classify funds and create advertising materials. We learnt valuable lessons such as the importance of early and comprehensive planning as well as how to cost donations in kind which we have incorporated in our fundraising initiatives.” Reuben explains.

As for Reuben and the team, they hope to have a second music extravaganza that will be equally successful. They plan on picking out the learnings from the first event and using them to come up with a concrete strategy that will inform a bigger local fundraising plan. The team also plans to build themselves in regard to use of social media as they realised it was a tool that could have been used better to mobilise resources.

Donor appreciation and acknowledgement is an important aspect of any fundraising activity. Reuben and his team know this too well and they are in the process of dispatching thank you letters to all donors, friends and beneficiaries who supported the music extravaganza.