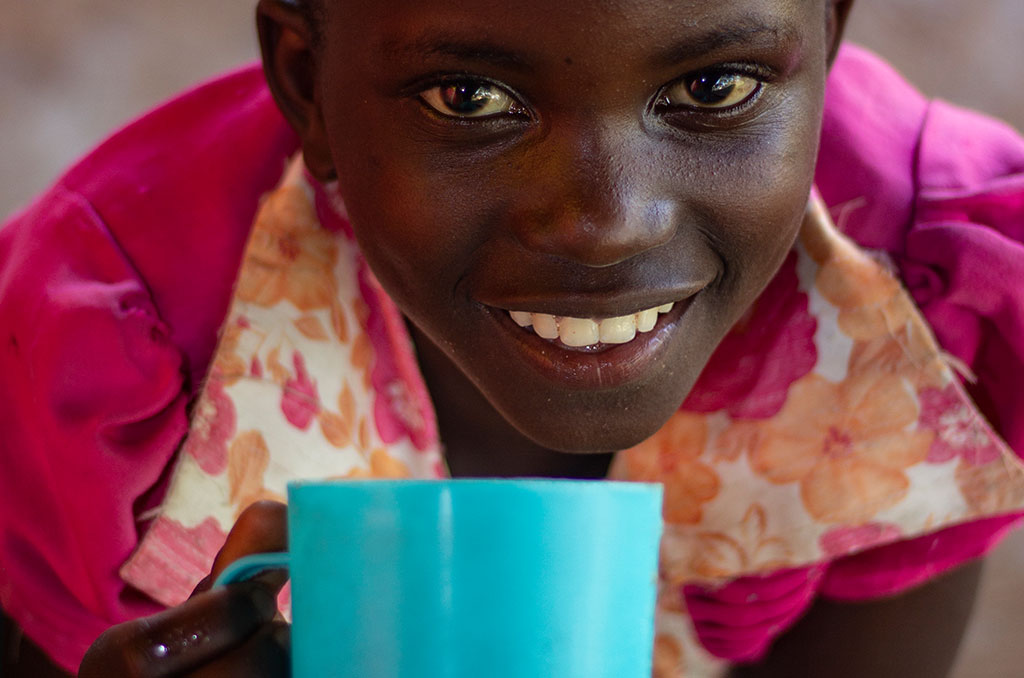 The Nzoia River in Western Kenya rises from Cheranganyi hills and roars furiously across Mumias town watering farms along its way to Lake Victoria. Evidence of agricultural activity in the region can be seen through all kinds of produce laid along the roads and in markets inside the towns. In Mumias town, it is a buzz of activity as vendors put out their maize and millet to dry as they await customers, while others ready their stalls with different fruits hopeful to make a great sale. Despite the impressive display of agricultural produce in Mumias and various other markets in Western Kenya, lies the challenge of stunted growth specifically.

Bordering Kakamega County to the northwest just fifty Kilometers from Mumias town is Busia County with a population of 743,946 people. Busia is among the counties that have been hardest hit by stunted growth. A 2014 survey by the Kenya health demographic survey found that Busia County had a prevalence of 28.4% occurrences of stunted growth in children. It is because of the reality of stunted growth in Busia and Kakamega Counties that the Anglican Development Services - Western (ADS-W) set out to reduce the prevalence and possibly eradicate it completely.

ADS-W, which is part of the ICCO consortium in Western Kenya, took the Mobilising Support training offered by KCDF and Change the Game Academy. According to Anglican Development Services - Western (ADS-W) officials, the skills they obtained in Mobilising Support have ensured success in how they handle community groups. They have also teamed up with other stakeholders including the county government of Busia to enhance the delivery of their work.

Its plan was to work with groups in Western Kenya to address food insecurity and economic gaps. For a start, ADS-W working with various organisations in the region, introduced the soybean plant to the CBO’s that they work with. Its approach is that of training various community based organizations in growing of nutritious crops including vegetables, sweet potatoes and various other crops and value-addition with a view of improving their livelihoods.

One such CBO is Okoa CBO in Akites Village in Teso sub-county, composed of men and women farmers. Since the introduction of the Soybean in their village they have not looked back. The group which is registered as a co-operative is composed of 68 registered members. ADS-W offers training sessions to the CBO from time to time. For 52 year old Rosemary Abook, her life has changed due to her healthy eating since being diagnosed with HIV. “Soya is good food for our children and the elderly amongst us. Actually, it keeps all of us healthy. We know of its nutritious value and that is why we love it around here,” she said.

While the soybean plant is not native to Busia County, the way the villagers of Akites in Teso South have mastered it would make one think it is. Intense capacity building sessions with ADS-W have been successful and the farmers know more about Soya. Ejaikait Philemina of Akites village ensures that her twoyear-old grandson, Ryan Akure is fed with Soya porridge every day. “When we first started growing Soya we wanted to improve our economic status but most importantly the health of our children, as instances of stunted growth in children of under 5 years of age were rampant in our area,” she said.

The farmers are no longer reliant on only maize and have other foods to supplement including the Soybean and they hope that the county government will continue to improve policies so they can get better markets and favorable prices for their farm produce. Championing Rights Miles away in the village of Sidende is another group called Chako ni Chako. The members farm together having been introduced to kitchen farming using conservation agriculture by ADS-W. They now plant various types of vegetables which include a mixture of vegetables, tomatoes, Soya, groundnuts, maize and pepper to boost nutrition levels in their families.

“Our families come first and before we sell the produce, we ensure there is enough to feed the family,” said Wycliffe Okinda, a member of the group. Canon John Peter Mudy the Executive Director of ADS-W said that they have managed to achieve a lot because of lobbying and advocacy. “We mobilise rural communities to demand for their services from duty bearers. We empower them with knowledge to champion their rights,” he said. ADS-W’s foray into Mobilising Support from the county governments has borne fruits through lobbying for legislation that supports their work. “Supporting legislation is important. You cannot succeed without legislation. We are domesticating what fits our county. Since the farm inputs fund was passed as a law, we now want to increase the scope of the subsidy program to go beyond the fertilizer and seed,” said Jeremiah Okello, the Chief Officer of Agriculture, livestock, fisheries and cooperatives Kakamega County of Kakamega.

With improved health and a steady source of livelihood for many households in the counties, school enrollment and retention has risen. ADS-W hopes for more, and they continue with their advocacy work relentlessly.