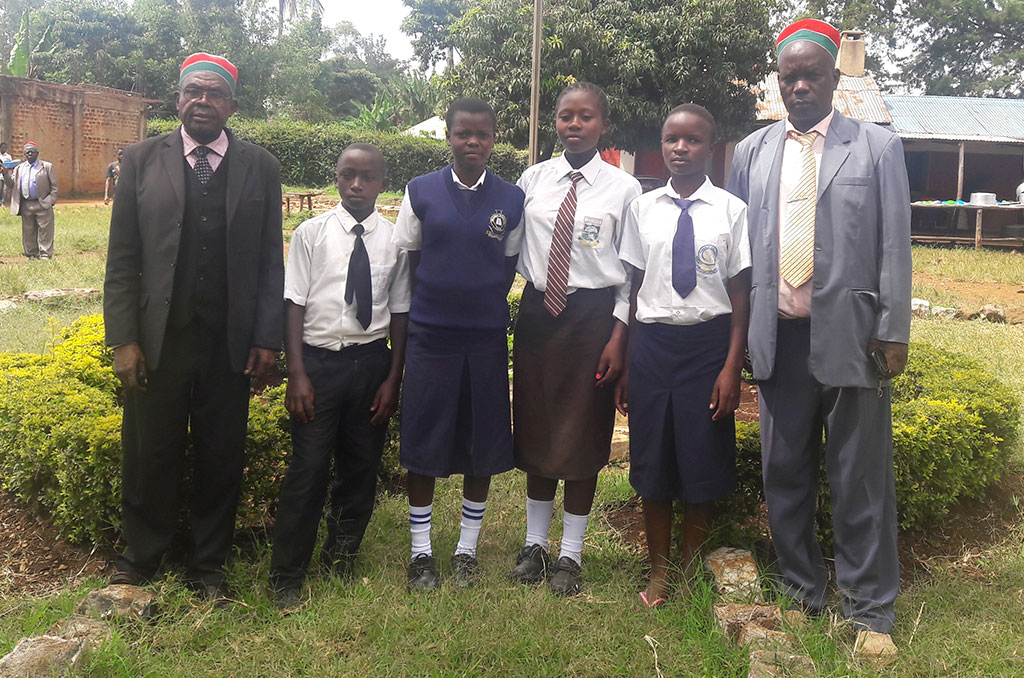 Just before the curtains came down in 2016, Bishop Chabuga Community Foundation (BCCF), in Boyani, Vihiga County raised KES 4 Million for their scholarship fund. The money brought relief as the Foundation had debts running into millions. “We had not paid fees for close to 250 students that we support,” says Reverend John Keronze, the Director of BCCF. “A good fraction of the money went into clearing the debt.”

BCCF, an affiliate of Africa Divine Church, was able to raise the money by engaging faithful all over the country and from beyond our borders – as far as Uganda. Additionally, BCCF called for various stakeholder meetings with Vihiga ward representative, women representative and various county officials which opened up avenues for resources they had not previously engaged. “We assessed our debt and projected into the following year. We arrived at the amount we needed to raise. Then assigned specific amounts to different congregations,” Rev. Keronze explains. Raising funds from local communities, explains Ezakiah Usiah, Country Coordination Officer in charge of Education for ADC church, has great challenges. He says: “There is a general belief that the Foundation generally has money. The reasoning is that BCCF wouldn’t be supporting needy students if our accounts weren’t awash with money.” It takes skills to Rev. Keronze, came from a training on fundraise locally and mobilise support organised by KCDF in early 2016. “The belief that funds can only come from abroad is a false one,” says Janet Mawiyoo, the Executive Director at KCDF. “Organisations can raise resources locally: they just need to tap into the myriad of opportunities.” The training on mobilising support and local fundraising, Mawiyoo says, was designed to bring to the surface various methods of resource mobilisation that local organisations ignore. Two staff members from BCCF were trained. “When they came back from training they imparted in us support mobilisation skills; which then we used to raise the KES. 4 million,” Rev, Keronze says. The organisation mainly depends on well-wishers and donors from Netherlands to fund the scholarship kitty, from which 350 students are currently benefitting. At the heart of BCCF’s operations is the objective to see needy but bright students go to school. The students, Rev. Keronze says, have to be from poor families – who would find it difficult to pay required fees. But more importantly, beneficiaries must have managed at least 350 marks from KCPE. “These are students who are likely going to make it into the university: which we believe would be a stepping stone for them to great careers.”

One of the scholarship beneficiaries, Subena Faith, got 350 marks in KCPE in 2014 having completed her primary education in Friends School Tigoi. “I want to be a lawyer,” Faith shares. “I would love to fight for human rights – girls’ rights being fundamental.” Had she not received the scholarship, Faith believes that she would have ended up as a house girl, working to further the interests of children of her employer while her own ambitions stagnated. “It is what girls who don’t go to school do: working as house helps. That is not how I envisioned my life,” she says. Faith is transitioning to Form Four and will be sitting for KCSE in 2018. BCCF has paid her fees since she joined Form One at Musubega High School. Her father is an unskilled mason and depends on one-off opportunities which seldom come. Her mother is a stayat-home mum and therefore economically inactive. “After primary school my ambitions to proceed with education would have surely stalled,” Musubega says. Other beneficiaries, like Phanuel Araga (going to Form Two) and Minange Nikolai (going to Form Four) concur that life wouldn’t have been the same if BCCF hadn’t come to their help. In June 2017, Rev. Keronze and Hezekia Osia participated in another training by KCDF. “We were invited for the Local Fundraising training. And we are happy because we built on what our colleagues had learnt in the mobilisation support training,” Rev. Keronze says. BCCF supports students – in high school as well as tertiary institutions – with as little as KES. 15, 000 for day students and as much as KES. 53, 000 for boarding students per year. “Our yearly budget is about KES. 1.8 Million,” Rev. Keronze says. With such financial commitment BCCF couldn’t have received better training.