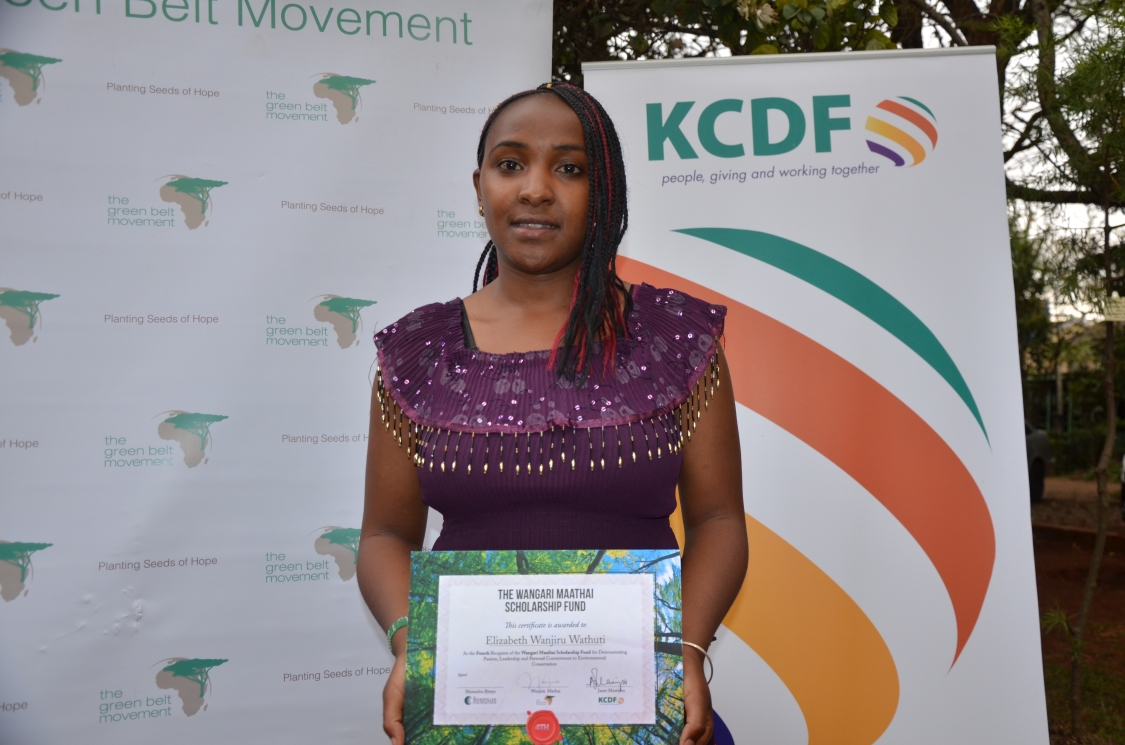 What would the average Kenyan do if they ‘failed’ their KCSE? Give up perhaps. I was tempted to do the same but I did not. My name is Elizabeth Wanjiru Wathuti.

I am 20-years-old, currently pursuing a bachelor’s degree in environmental studies and community development at Kenyatta University. In 2013, when the KCSE results for 2012 candidates were announced, I was heartbroken to learn I had scored 58 points. I know 58 points is a lot – enough to earn anyone admission at any institution of higher learning. But for me, they were not enough. They were a point shy of JAB (Joint Admissions Board) cut off mark – which I needed if my dream to get into university were to come to fruition. I could not attend university as a private student. I knew that my mother, Margaret Wathuti, would not be able to raise the money needed to make this a reality. So when I saw my name below the line separating those who made it for JAB, I was depressed. So much so that my mother sent aunties over to tell me that there are many other things I could do with my life, that all was not lost. I wasn’t even listening. In my mind there was no other place to go to except the university. I opted to go back to school and re-sit the exam and when the 2013 results were announced in 2014, I had scored 65 points. My efforts had paid off and I could finally get university education and become the person I have so strongly wanted to become: an environmentalist. This is a quest I take seriously. Especially at this moment after being declared one of two 2016 recipients of the Wangari Maathai Scholarship, established by The Rockefeller Foundation, The Green Belt Movement and Kenya Community Development Foundation (KCDF). This was my second attempt. I applied as a first year student in 2015 and although I did not qualify, I never gave up — that is my strongest quality. In fact, when I asked Melvin Chibole of KCDF why I won the second time round he told me: “You are doing so much for the environment already. The fact that you never gave up applying again worked to your advantage.”

Wangari Maathai was a big inspiration for many in Tetu. She was my member of parliament when I was a young girl. I read books about her. My mother would tell me that if I wanted to meet Maathai so much I should study hard – like Maathai. People tell me I have a lot of passion for the environment. This, I believe, could be because I have managed quite a few feats compared to many 20-year-olds at my university. For instance, I am in my second year and already the chairperson of Kenyatta University Environment Club (KUNEC). I have risen from being a first year representative to vice-chairperson, and now the chairperson — within two years. They have been witnesses of the numerous clean-ups I have organized as well as the tree planting activities I have been involved in. That is pretty much how I spend my time. I have also been elected project coordinator at Africa Youth Initiative for Climate Change (AYICC), a Pan African forum for young people who love the environment. What Maathai achieved with her life is insurmountable. It however, feels good knowing that I am right on track — following her footsteps and giving back to mother Earth.