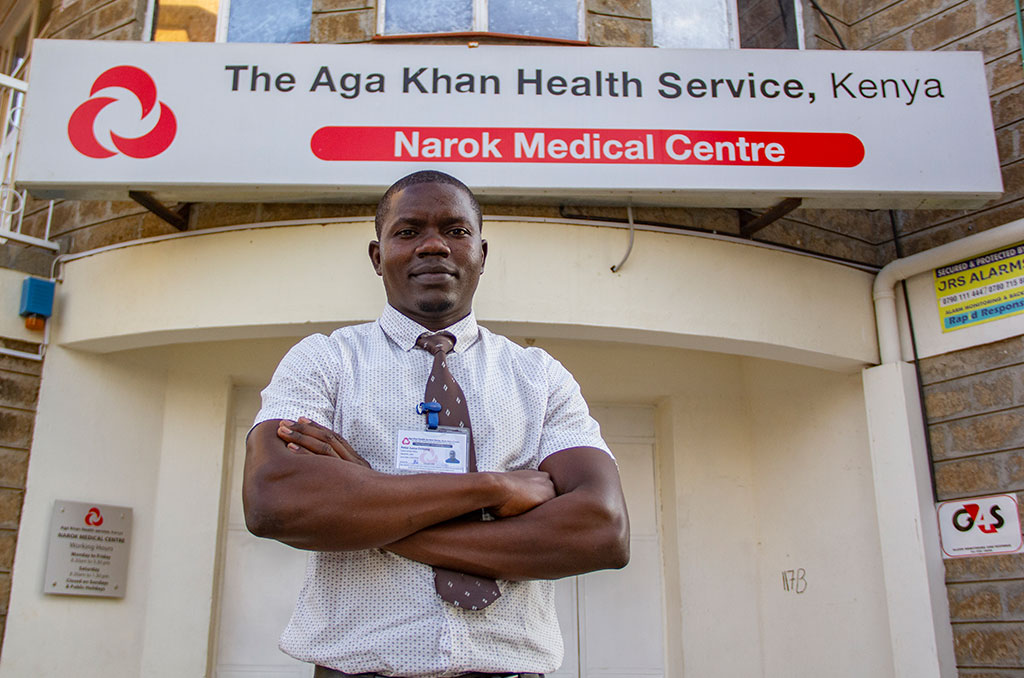 A Long Challenging Journey to University

Twenty-six-year-old Peter Ochieng’s challenges of accessing education were evident even before he joined secondary school. Born in a family of nine, none of his siblings had ever completed secondary school studies, the furthest they had ever stretched being in Form Two.

Ochieng’s parents are peasant farmers, who live on less than a (US) dollar a day and eke a living from their piece of land that could barely produce enough food even to feed themselves and their children.

“My primary and secondary education was a constant struggle. I was a very worried child growing up because I knew I would end up like my older siblings, who dropped out of school in Form Two, but I nonetheless remained focused and steadfast,” says Ochieng, who now holds Bachelor’s degree in Commerce.

Ochieng’s academic journey was nonetheless problematic. His education may well have come to a halt at primary school level, had help not come through courtesy of Usigu Children Trust Fund, a sponsorship programme under Action Aid Kenya. Having secured admission at Usenge High School after successful completion of primary school, Ochieng was literally stuck following his parents’ inability to pay his tuition fees.

Luckily his school fee was paid up enabling him to complete high school in 2010 with an excellent score of grade “A”. The impressive result secured Ochieng admission at Kenyatta University, where his tuition fee troubles continued.

“I do not know how else I would have managed to go through university, especially after being initially forced to defer studies,” reacts Ochieng noting that his close contacts with the staff at Usigu Children Trust Fund came in handy since they were aware he was a needy student. They introduced him to Kenya Community Development Foundation’s (KCDF) Global Give Back Circle (GGBC).

The intervention of GGBC through the “Window of Opportunity” saved the day for Ochieng by sponsoring his entire undergraduate course: “The sponsorship was life-changing as I was finally guaranteed of completing my university education. Life here was more comfortable and certain than in the past.”

Ochieng, however, still nurses regrets over one thing. He was linked to a mentor, whom he struggled in vain to get in touch with. This fact disturbs him to date.

Despite losing out on mentorship, he was able to attend training sessions on life skills, financial discipline and etiquette, all organized by GGBC: “I experienced some things I had never heard of like buffet,” says Ochieng with a chuckle. He observes he left college “a totally different person” because through the life skills he was able to learn how to interact with people, how to hunt for a job, conduct himself during interviews, widen and use networks: “And that is precisely how I landed a job – through networks I had built,” he says.

The sessions also enabled Ochieng to interact with people who had gone through similar tough and rough experiences. This enabled him to relate well with their stories and experiences.

One of the key lessons he learnt was giving back to society, something he observes is very fulfilling: “I spent time during holidays and after campus, to mentor students at a local orphanage. I coached them and helped to raise their self-esteem and confidence,” says Ochieng, who still feels the urge to offer more to society by starting a mentorship programme for primary schools children, where he can chart their career path by sharing his personal story.

“I want them to believe they can make it and break from the shackles of poverty just the way I did,” he says.

Ochieng advises those, who might be undergoing challenges like the ones he experienced, to never lose focus of their set goals in life but keep their heads held up high: “Believing in yourself is an important virtue because it makes others believe in you as well,” says Ochieng, who now works as a Patient Service Officer/Cashier at the Aga Khan Hospital in Narok County. He still nurses hopes to get a job in his area of specialisation-finance.